this is a tribute to the best video game ever, LASER BLAST!

LASER BLAST is an ACTIVISION game that came out in early 1981 for the ATARI VCS now called Atari 2600. But in those days wee just called it Atari.

the VIDEO GAME WORLD WAS NEVER THE SAME AFTER LASER BLAST!! Some say the game was boring and reptitive wit poor graphics. And that is true. But I say it was the first game that allowed you to enter THE ZONE. No game before it had such immersion BECAUSE of that reptitveness. 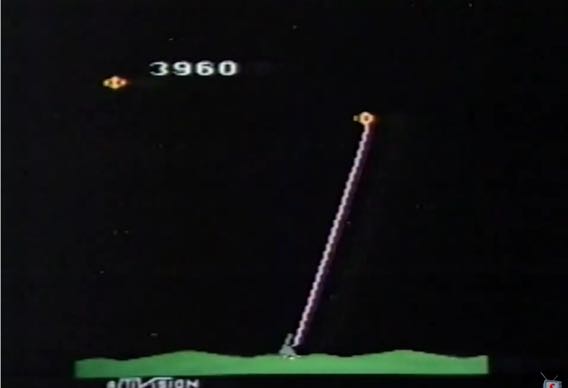 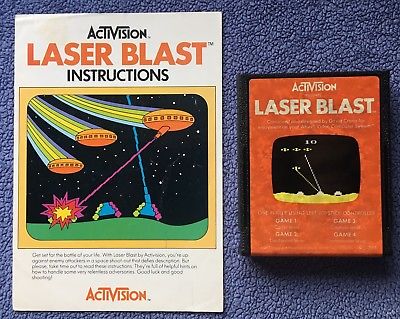 You'd be ina special FEDERATION CLUB and get a special patch: 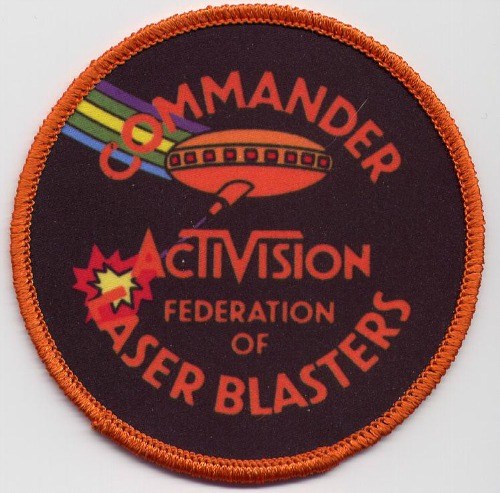 And The FALL 1981 ACTIVISION newsletter also talked about the FEDERATION CLUB: 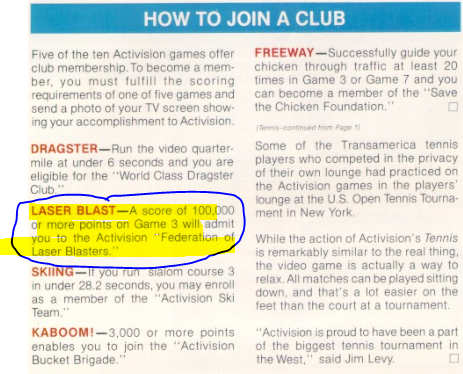 SO i was inspired to get into this Elite Club and proudly wear the patch. Actually I didnt even want the patch, because my mom never sewd patches for me anyway. i just wanted known from ACTIVITION that I was in their CLUB.

GETTING TEH HIGH SCORE

now i trained for weeks or months. When I beat 100,000 I really felt I could do it. Before that I had not been so sure. So Finally I developed a pattern, stuck to it. And did like a Vulcan mild meld with the joystick. And then one saturday night I decided I was going to get 1,000,000 points.

It took my !any hours of play to get that score. It was a saturday night. I could not have done it on a school night because i had to stay up so late to win.And i missed my favorite show, Doctor Who because of it. NO re-runs back then. no chance to see that Peter Davison episode ever again.

I took a photo Of my 1,000,000 HIGHSCORE on my 110 camera, my dad had it developed at the PATHMARK. Or maybe not the PATHMARK beacusae i dont think supermarkets developed film back than. But I followed the directions in the FALL 1981 ACTIVISION newsletter:

And about a week later, we mailed thep photo to ACTIVISION with a short note. Keep reading to find out what happened.

WHEN YOU TEH GET HIGH SCORE...

you might be wondering when you. Get the highest score what happens? Something cool, right? Wrong!! The screen freezes with your score displayed. And the score is displayed. Not even a cool color show like what happens when you win . well, i did get The score on a black and white TV but still there was nothing cool even if i had a color TV. 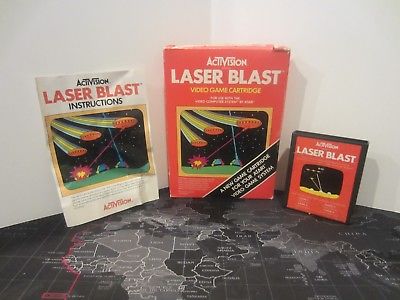 as time went by, weeks then months. i asked my dad about it. eventually he told me they were not going to write back. i knew he wanted to help but he could not. i was devasted.

I was 11 years old and LASER BLAST was my world. This was more disappointing than Radar annoucning Henry Blake's plane got shot down .... This was like a punch in the stomach.

Here is the woman who didn't get my letter or just lost it: JAN MARSELLA: 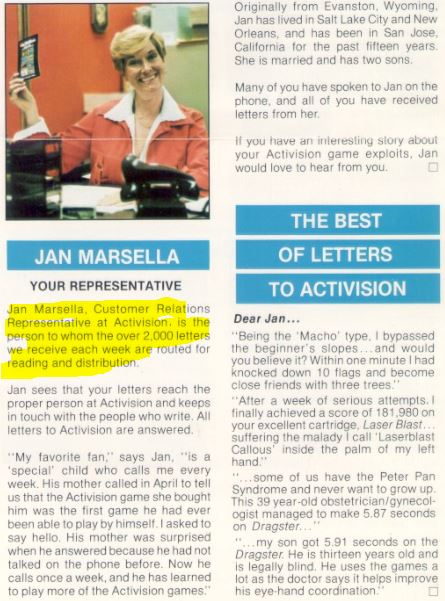 What are you holding Jan? Is it my letter?

maybe you can tell im angry, maybe not, but i am. I missed my doctor who, there was no cool ending for the game, and ACTIVISION. Never even sent a thank-you note or put me in their newsletters (i checked every one and still have them all if you dont believe me). i Remember very Well how much concentration It took too. It is The first Time i remember being in the ZONE OR THE FLOW.

so i want officially say FUCK YOY ACTIVISION. But thanks for the great game, anyway. I forgive you. 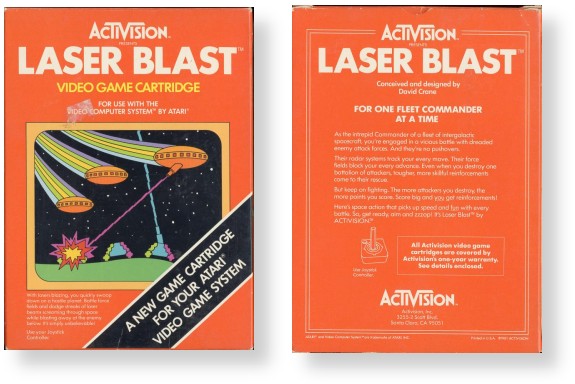 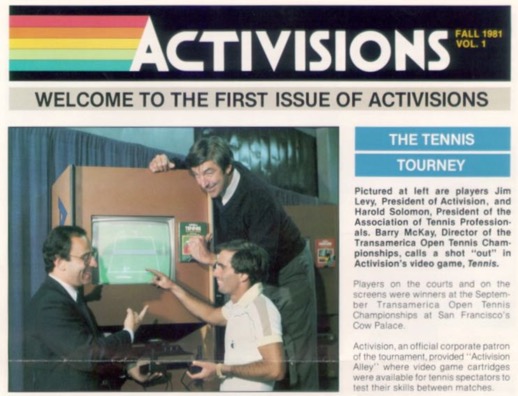 I SHOULD BE IN THE NEWSLETER, ACTIVISION! NOT THESE JASON VALETUTTO AND CRAIG WENSELL!! 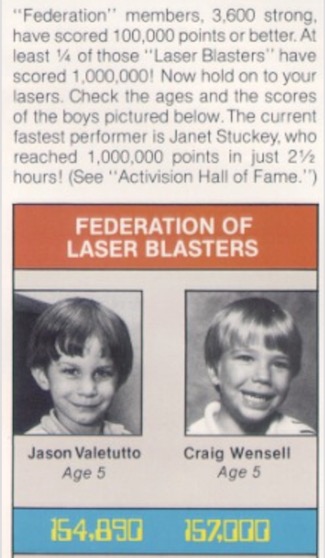 Now look below at Jason and Stephen Nicols. They are obviously brother and OBVIOUSLY CHEATERS. Their screenshot shows "10" ... how is that a high score?!?!?!? 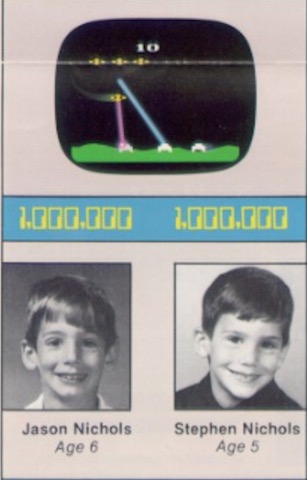 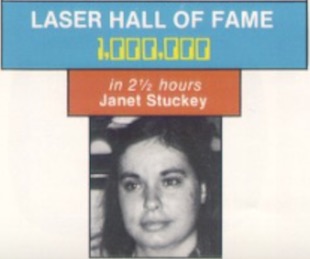 and JANET STUCKEY. Her name rhymes with HORSE PUCKEY and so is her score! Why? Because to reach 1,000,000 points you need 11,112 kills (each kill is worth 90 points). So she's saying she did 74 kills per minute, or almost 1.25 every second. That is NOT POSSIBLE because the targets do not appear that fast on the screen! Janet Stuckey, wherever you are, I AM COALLING YOU A LIAR! (evn if you are pretty)

And here is the MANUAL if you want it, just click the picture. 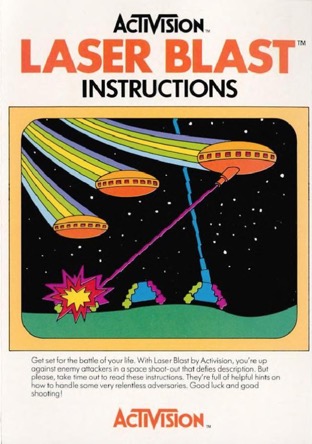 this page has been viewed